An introduction to cutting the cord 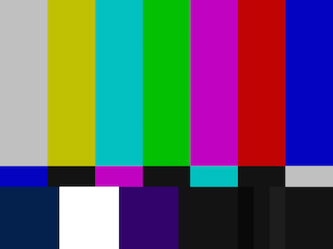 An introduction to cutting the cord

Cutting the cord is a momentous occasion. No, this isn't a story about childbirth, though I suppose that's a pretty momentous occasion too. We're talking about telling the cable company to take their bundles, their opt-out billing tactics, their business model in general and stick it. Cutting the cord means saying goodbye to the monthly cable bill. With a little forethought, it doesn't mean saying goodbye to the channels, live events and shows that you love, though. It's about smarter TV, not necessarily less TV. I'm very pleased to introduce Luke Bouma to the Ting blog. Luke runs Cord Cutters News, a great resource for anyone looking to get out from under the cable company's thumb. Luke's mandate for the Ting blog is to start out slow; introduce the concept of cutting the cord and help people to see that it's not as avant-garde, scary or deeply geeky as they might otherwise think.

Why does Ting care about this?

We're fans of choice. We don't think current cable TV packages provide enough of it. While we will one day have a TV offering (turns out a good portion of people expect the people that give them Internet access are the same people that will provide TV) we don’t want it to tread the same familiar ground of bundles and absence of any real choice. We want it to be something of value, not something people accept because they feel like they don't have another option. Our goal with the Cut the cord column is simple. We want to open eyes to the fact that, while some of us pay the cable bill like we pay utility bills—with resignation, out of habit and with a sense of necessity—it is, in fact, very much optional. Just about everything you want, from movies to college ball, the evening news to prime-time TV, is available. Without a cable or satellite TV setup. It might take a little doing, and there’s a learning curve as compared with the cable company’s super simple “here’s a bunch of stuff, give us a bunch of money.” We’re here to help along the way.

If you haven't checked recently, you may be surprised by the number of channels that are available with a good old antenna. Any antenna will do. A pair of old bunny ears pulled down from the attic or up from the storage locker will net you a few channels at least. We’ll demystify over the air (OTA) TV and show you how to tap into this free, legal and crystal clear HDTV in your area.

We'll touch on these super smart boxes that plug into your TV and unlock a whole world of entertainment possibilities. Everything from the established players like Amazon FireTV, Roku and Apple TV to lesser-known boxes, perhaps running lesser-known home theater operating systems. We’ll talk about Plex and Kodi and all the many options that are available.

We’ll cover the wealth of streaming services, their updates, new additions, changes and even ways to get around the limitations services sometimes put in place.

One of the major ties that binds people to their cable TV is sports. For true sports nuts, streaming can actually offer a more in-depth and much more personalized window into your favorite teams and games. We’ll talk about this stuff too, demonstrating that cutting the cord doesn't mean letting go of sports.

Rather than a shelf overflowing with outmoded DVDs or even Blu Ray discs, a virtual library lets you access any movie you own with just a couple of button presses. No need to get off the couch. We’ll talk about creating the ultimate home entertainment-focused network setup.

It’s a big topic with no shortage of material. We hope you’ll join us and we'll look forward to hearing your feedback.
Streaming

Bandwidth vs. speed: What do I need from each, day-to-day?