The cord cutter's guide to fall sports without cable

With the NBA, NHL, College Football and NFL all right around the corner, here is your guide to viewing fall sports without cable TV as a cord cutter. 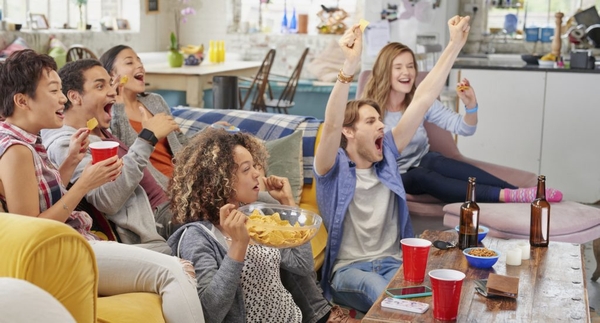 Fall is almost here and for many, that means the start of sports seasons. With the NBA, NHL, College Football and NFL all right around the corner, you don't want to miss out on the action just because you cut the cord, and you don't have to. Here's your guide to viewing fall sports without cable TV.

Get an Antenna for Locals

Most of the biggest games in all the different sports will be aired free over-the-air on ABC, CBS, FOX and NBC. Over 90 percent of Americans have access to some, or all, of these channels. However, that still leaves 30 million Americans who struggle to get one network or another over-the-air. For them, a growing number of services such as DIRECTV NOW, Hulu and PlayStation Vue all offer local channels. We recommend you check out each site to see what locals each service offers in your area. CBS All Access now streams in-market NFL Sunday games through its streaming service. You can also watch Thursday night NFL games from CBS and NBC on Amazon Prime this year. You will need to be an Amazon Prime member to watch them (unless you choose to watch them free over-the-air with an antenna).

Some Thursday night games and all Monday night games air on a cable network. For these games, you will need a streaming service; the good news is Sling TV and PlayStation Vue have you covered. What makes it even better is that you don’t need a two-year contract. You simply pay for their service during the football season and cancel when your season is over.

If you want the NFL RedZone channel, both Sling TV and PlayStation Vue offer it as an add-on to their streaming services.

College football airs a significant amount of their games free over-the-air. I highly recommend you use the antenna suggestion at the top of this post. For the rest of the games, you will need a subscription to a live TV streaming service. Here is a breakdown of which services have which sports channels: .tg {border-collapse:collapse;border-spacing:0;border-color:#999;} .tg td{font-family:Arial, sans-serif;font-size:14px;padding:10px 5px;border-style:solid;border-width:1px;overflow:hidden;word-break:normal;border-color:#999;color:#444;background-color:#F7FDFA;} .tg th{font-family:Arial, sans-serif;font-size:14px;font-weight:normal;padding:10px 5px;border-style:solid;border-width:1px;overflow:hidden;word-break:normal;border-color:#999;color:#fff;background-color:#26ADE4;} .tg .tg-28r4{font-size:13px;vertical-align:top} .tg .tg-zkom{font-size:13px;font-family:Verdana, Geneva, sans-serif !important;;text-align:center;vertical-align:top} .tg .tg-z1yq{font-size:13px;text-align:center;vertical-align:top}

Pluto TV and the Big Sky Conference, a NCAA Division I Conference, recently announced a partnership. As part of the deal, Big Sky Conference will air all of its live streamed sports events free on Pluto. Previously, you had to pay a cable company for a special channel or be stuck watching it on your laptop. Pluto TV can be accessed via the Web at pluto.tv/watch.

NBA airs most of their games on NBA Network, TNT, TBS and ESPN. For these channels, you will need a live TV streaming service. The good news is almost every live TV streaming service including Sling TV, DIRECTV NOW, Hulu and PlayStation Vue offer all these channels. Yet, if you live out of market, I would suggest checking out the NBA League Pass to stream out of market games. Not only do you get live out of market games, but you also get replays starting three hours after the game finishes. They offer several plans to pick from, including single team packages and full access. Sadly, the NBA has not listed the 2017 pricing for the NBA League Pass.

Recently, the NHL has become increasingly cord cutting friendly, with NBC Sports available on almost every live TV streaming service. Yet, at this time, only Sling TV and DIRECTV NOW offer the NHL Network. This makes Sling TV and DIRECTV NOW the best options for NHL Fans. That’s it; our full guide to viewing fall sports without cable TV. Let us know how you like to catch your favorite sports as a cord cutter by commenting below.
Streaming