New players hitting the market for cord cutters The holidays are quickly approaching and many people are already starting to purchase their holiday gifts. 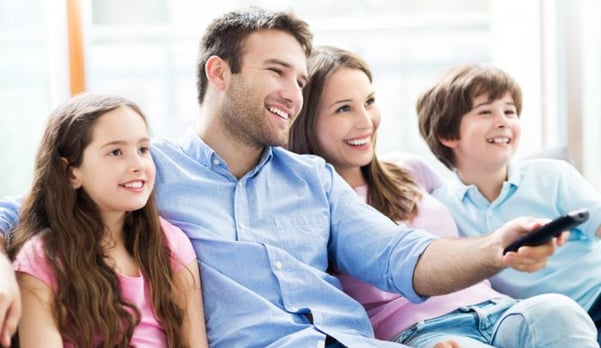 The holidays are quickly approaching and many people are already starting to purchase their holiday gifts. A new Roku, Nvidia Shield or Fire TV player would be an excellent gift for you to consider. Which one is best for you? Here's some information to make your decision easier.

Not only are we getting new Rokus, but it looks like there has been a full replacement of the current lineup. Gone are the days of numbering the boxes 1, 2, 3 and 4 – now Roku is naming their boxes Express, Premiere, and Ultra.

The Roku Express will replace the Roku 1. However, there seem to be two versions of this model, Roku Express and Roku Express Plus. There have been many rumors circulating about the differences between the two, but at this time no one is actually sure what those differences are.

Thanks to AFTVnews we can now confirm a new Nvidia Shield just passed through its FCC filing, as did a new Nvidia Shield remote and controller. According to the filing, the new remote will be smaller and will not include the headphone jack on the controller. The new model number is P2897 and FCC ID VOB-P2897. The current model number for the Nvidia Shield is P2570. For now, that is all the information available as most of the documents are redacted. However, we would not be surprised to find out there is a new processor and graphics card inside the new Nvidia Shield. According to rumors, the graphics chip in the current Nvidia Shield will be in the new Nintendo game system. Nvidia likely wants to free up inventory to meet the demand that Nintendo is likely to need for their new device.

Of all the new devices, details on the new Fire TV are the vaguest. It is also the only player that has not appeared in any FCC filings so far. What evidence is there for a new Fire TV? Let’s take a look at what Elias from AFTVnews found. Recently, someone set up a redirect on Amazon.in/FireTV which sends the viewer to a new web page on the Amazon site that hits a 404 error page. Inside the URL of the redirect is the product ID code “B01EU2M62S.” Elias, of AFTVnews.com says, “when I try to look up that ASIN (Amazon Standard Identification Number) value using Amazon’s product API (application program interface), it comes up as ‘not accessible.’ This is distinctly different from an actual 404 product ASIN which comes up as ‘not a valid value.’ The ‘not accessible’ classification usually indicates a product that is in Amazon’s product database, which has not yet been revealed to the public.” Is it just speculation? Consider that this would not be the first time an Amazon redirect link gave away a new product ID. However, we suspect we're still a few months away from the formal release of the new Fire TV device — or it could be a matter of a few weeks or even days.

So, should you wait or buy now?

The question of whether you should buy a new box now or wait is one we often get. Honestly, details are too thin to really give you accurate recommendations, but here are my thoughts. If you have a 4K TV, or if you have (or are considering purchasing) a TV with the new HDR standard, I would wait. That said, if you have an HDTV and are happy with it, I see no reason to wait. The current streaming players are great HD players and the next generation of new Rokus, Nvidia Shields or Fire TV players are likely to be heavy on 4K and HDR support.
Streaming