Your Internet speed wired in compared to Wi-Fi

If you’ve ever conducted an Internet speed test of your home Wi-Fi and compared it to a wired connection, you’ve seen the difference first-hand. 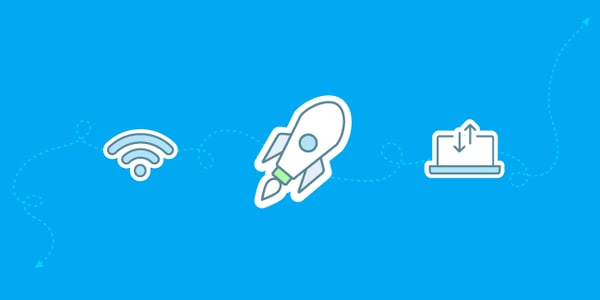 Wi-Fi was a total game-changer; no longer was the Internet connection confined to the desk or the reach of an Ethernet cable. Now, whether you’re at home, work or in the local coffee shop, when you access the Internet, chances are good you’re doing so wirelessly. While the benefits of Wi-Fi are obvious, it has its limitations. The biggest trade-off is Internet speed. If you’re on a gigabit connection, you cannot take full advantage of all the bandwidth that’s available to you on a single Wi-Fi device. The real power of gigabit comes when you have multiple Wi-Fi devices connected to the network with no slowdown whatsoever. That said, for the absolute fastest speeds on a single device (and especially if you’re conducting a speed test to see your maximum throughput) you’ll want to go wired. If you’ve ever conducted an Internet speed test of your home Wi-Fi and compared it to a wired connection, you’ve seen the difference first-hand. Here’s what’s going on.

The gear: wired versus Wi-Fi

When Ting fiber techs come to get you hooked up, they are bringing fiber directly to your home; there’s no copper involved until Ethernet cables come into play inside the home. A wired connection requires two pieces of equipment: your Ting Internet Box plus a gigabit-capable Ethernet cable. We’ll bring both on install day. 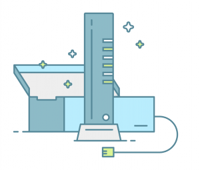 Making the connection is as simple as… making the physical connection. The Ethernet cable runs from the fiber terminal inside your home into the Ting Internet Box. Said Ting Internet Box has four Ethernet ports. Just plug in gigabit Ethernet cables to connect the gear you want to have hard-wired and you’re off to the races. You can always add more physical connection ports with a gigabit switch or by using another gigabit router (with your Ting Internet Box in bridge mode). The Ting Internet Box includes a broad spectrum wireless router that’s more than capable of keeping up all with your wireless devices. Connecting wireless devices works the same on a gigabit fiber connection as it does on any other connection; you simply search for the network, punch in the passphrase and go. While fiber network technology is unlike anything else available, you connect in the same tried and true ways you always have.

The limitations of Wi-Fi

Wi-Fi, backed up with a wide open symmetrical gigabit connection, is faster than anything you’ve likely experienced. Still, as we mentioned, limitations inherent in the current Wi-Fi standards means you can’t take advantage of your full gigabit (1000 Mbps) connection on a single wireless device. Again, the real power of gigabit is in multiple connected devices doing whatever they want to do online (streaming, gaming, video chatting) without ever getting in each other’s way. Wi-Fi is exciting tech that lets us do most of the things we need to do online, but by its very nature, Wi-Fi is affected by variables like distance, physical barriers and interference. All of these can affect speed. 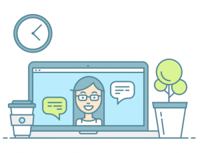 The only way to get an accurate Internet speed test is to plug directly into the source. Bypass the router entirely, use a gigabit-capable Ethernet cable and plug into a gigabit-capable device; any modern laptop will do the job. Unless you’re doing a speed test at the source, you’re not testing your home’s connection speed but rather, the speed of the weakest link in your network. For example, if you do a speed test on your laptop while connected wirelessly to your router, you’re testing the maximum speed of your laptop’s Wi-Fi; you’re not testing the speed of the fiber connection in your home.

Make the most of fiber

The fact is, most of us appreciate the convenience of Wi-Fi, and backed up with a symmetrical gigabit connection, you’ll see incredible speed over Wi-Fi.

One thing to remember is that you can have a mix of wired and wireless devices connected. Wired devices always take priority and, as mentioned, aren’t subject to the same limitations as they would be when connected wirelessly. If you’re a big gamer, a hardwired connection to the router will beat a wireless connection every time. If you work from home, being hardwired in the office is worth the trouble.

What about the future?

Wi-Fi has improved tremendously over the years. We’re excited to see how it will continue to scale. As true gigabit fiber Internet continues to make its presence felt, it stands to reason that Wi-Fi will evolve too. This is one part of what we’re talking about when we say that fiber will future-proof homes, businesses and communities.
Featured

The best dog walks and parks in Ting towns