There are two types of Net Neutrality. Supporters of it (like me) spend most of their time arguing for Artificial Net Neutrality: a government policy that 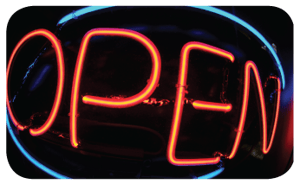 There are two types of Net Neutrality. Supporters of it (like me) spend most of their time arguing for Artificial Net Neutrality: a government policy that regulates the few dominant providers of access to the Internet. In fact, we should be spending more of our time reminding people that before Artificial Net Neutrality the Internet came by its neutrality naturally, even organically. To see the difference, you have to keep in mind, (as my friend Doc Searls frequently reminds me) that Net Neutrality refers not only to a policy but to a fundamental characteristic of the Internet. The Internet is an inter-network: local networks agree to pass data (divided into packets) without discriminating among them, so that no matter what participating network you’re plugged into, you can always get and send information anywhere else on the Net. That’s the magic of the Net: It doesn’t care how you’ve plugged in, where you are, or what sort of information you’re looking for. It will all get to you, no matter where it’s coming from, what it’s about, or what type of application created it. In fact, it’s because the creators of the Internet didn’t try to anticipate what people would use it for that it has become the greatest engine of creativity and wealth in recorded history. For example, if the Internet had been designed primarily for connecting static pages, it would have become less suitable for phone calls or video. If the current Internet access providers decide that videos are their highest priority traffic, then online games might suffer, and it would be harder to establish the next new idea — maybe it’s holograms or some new high-def audio stream or a web of astronomers working on data shared around the world. In short, we don’t want the businesses that sell us access to the Internet to have the power to decide what gets priority on the Internet…especially since many of them are also in the content business and thus would be tempted to give preference to their own videos and music streams. Artificial Net Neutrality as a policy is intended to preserve the Internet’s non-discriminatory nature by regulating the access providers. Even the most fervent supporters of Net Neutrality policies usually favor it only because we now have so few access providers (also known as Internet Service Providers, or ISPs). Before a series of decisions by the U.S. Federal Communications Commision beginning in 2002, and a ruling by the Supreme Court in 2005, there were more than 9,000 ISPs in that country. Now the ones that remain are either serving small, often remote, areas or are one of the tiny handful of absolute giants. When you talk about Net Neutrality with Seth Johnson, a tireless advocate presently working at the international level to defend the Internet, he explains that before 2005, when there was a vibrant, competitive market for ISPs, the Internet was naturally neutral. Back when the Internet was composed of relatively small local networks, if an ISP wanted to promise its subscribers that it would provide a “fast lane” for movies, or games, or singing telegrams, or whatever, it could only provide that favorable discrimination within its own small network. The many other networks those packets passed through wouldn’t know or care about that one network’s preferences. Zipping packets through the last couple of miles to your house would be like speeding up a jet for the last hundred meters of its flight: it wouldn’t make any noticeable difference. That was then. We need a Net Neutrality policy now because the giant ISPs’ own networks are so extensive that a packet of data may spend most of its time within a single network. That network can institute discriminatory practices that are noticeable. A Net Neutrality policy prevents them from giving in to this commercial temptation. Many of us Net Neutrality advocates, including Seth and Doc, would far rather see the Internet’s natural infrastructure restored — a big network composed of many smaller networks — which would in turn restore natural Net Neutrality. We lost that infrastructure through a political process. We could get it back the same way, by once again treating the wires and cables through which Internet packets flow as a public resource, open to thousands of competing ISPs, none of which would be able to effectively discriminate among packets. It’s a shame that we’ve let the market for ISPs become so non-competitive that we have to resort to government policies to preserve the Net’s natural neutrality. As with peaches and whole grains, an organically neutral Internet would be even better for the entire system.
Featured

The best dog walks and parks in Ting towns